Aretha Brown is an Indigenous Activist from Nambucca Heads, (NSW—Gumbaynggir country), who entered the public eye after giving a powerful speech at the Invasion Day Rally in 2017 when she was just 16 years old. She has since emerged as a prominent voice at the forefront of Indigenous Affairs and was elected soon after as the first female Prime Minister of the National Indigenous Youth Parliament.

Her recent work has been central to the discussion surrounding the Invasion Day Debate where, especially for ‘ally awareness’, there is much work to be done. She is driven by a desire to re-establish trust in the political system for Indigenous People who have collectively (and rightfully) lost faith in a government that severely lets them down.

‘I think we should change the date; abolishing the day is going to be a lot harder than just changing it, because right now it is about re-establishing trust and power in politics and the country again.

Aretha’s new podcast, The Aretha Brown Show, unpacks the problems with ‘Australia Day’ beyond the obvious reasons, that have much more ‘depth and complexity’ than many settlers are aware of.

Following on from that, in conversation with ‘BE’. Aretha shared her thoughts on what it means to be an Indigenous Activist today - being politicised by default - and why she set up an ‘Invasion Day Conversation Stand’ at this year’s Australian Open.

Sabina McKenna: You have been at the forefront of activism since you were very young? Where do you find the strength to put yourself out there at such a young age?
Aretha Brown: My grandma. She is the reason that I speak publicly and the reason I’m passionate. She didn’t get to do any of the things I do, and did not have any opportunities to speak up about her mob. So, I am trying to fill that gap and re-establish the wealth and knowledge of our mob, to show people the beauty of it. 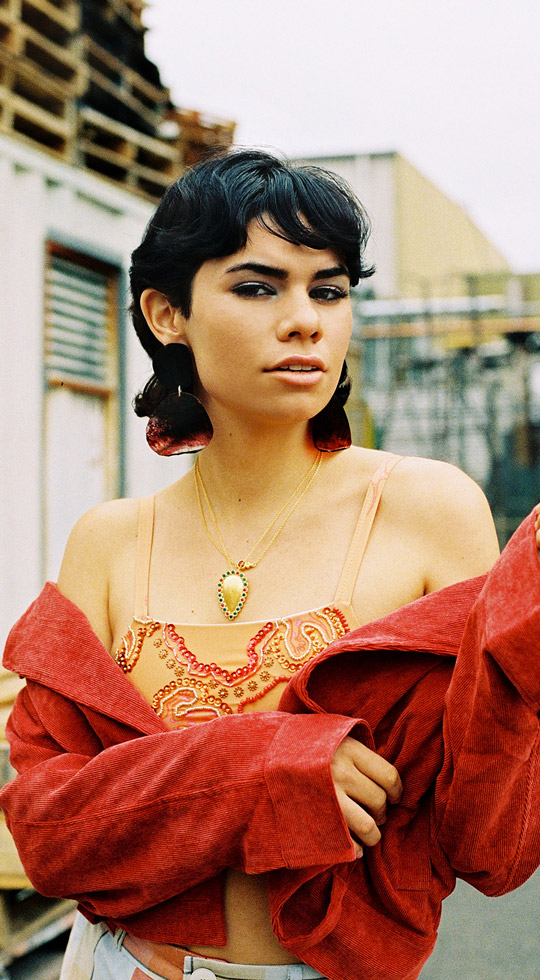 SM: Why is it important to you to be an advocate for Indigenous Affairs?
AB: To an extent every Indigenous person is an activist. The second that you are born you become a political token and you are the subject of discussion rather than being in control of it. There have always been Indigenous activists who have spoken out about our mob and been actively resistant to colonialism - that has never changed. What is changing now is our audience and, because of that, I count my blessings.

It is hard being an Indigenous activist now for sure, but back in the 60s or beyond; for someone like Margaret Tucker, Gary Foley or William Cooper, I couldn't even imagine the shit that they would have gone through. I am privileged to be living in a time where Indigenous activism is for the most part sought out and to an extent, even a bit cool. People want to hear what I have to say. No generation before me has had that.

Abolishing the day is practically going to be a lot harder than just changing it, because right now it is about re-establishing trust and power in politics and the country again.

SM: I agree, there is so much more awareness now. Tell me about the stand you recently set up at the Australian Open, what was the premise of that initiative?
AB: I wanted to strip everything back and just have a discussion with someone. It's so easy to get caught up in social media and the politics of it all. Obviously, I’m biased, but I was eager to understand my opposition. We were only there for about 10 minutes before we got kicked out, but I was quite moved. It was interesting, but it took a toll on me. A few days later I had to just lay in bed and ignore it all because it’s very draining. It was worth it though, I don't regret it.

SM: How did it feel being there, and what were some of the conversations you had?
AB: Like any conversation that I have online, it is always with very good-willed people who presumably have your best interests at heart, but having to navigate the ignorance that comes before that genuine conversation is tricky. Little things that I think only I pick up on that make me think — “oh actually you don't know what you’re talking about” or “you could have said that a bit better”. But you have to get over those uncomfortable beginnings to get somewhere.

SM: You’ve talked about the conversation, but how was their reaction in terms of the way they approached you?
AB: We got a lot of people coming up to us saying, “Good on you!” But there were also people who just ignored us or were hiding from our eyes a bit! Some seemed scared to talk to us as well; probably both people who opposed Invasion Day as much as those who support Australia Day. There was this obvious hesitation to talk to us which was tricky more than anything, because we wanted to speak to everyone. 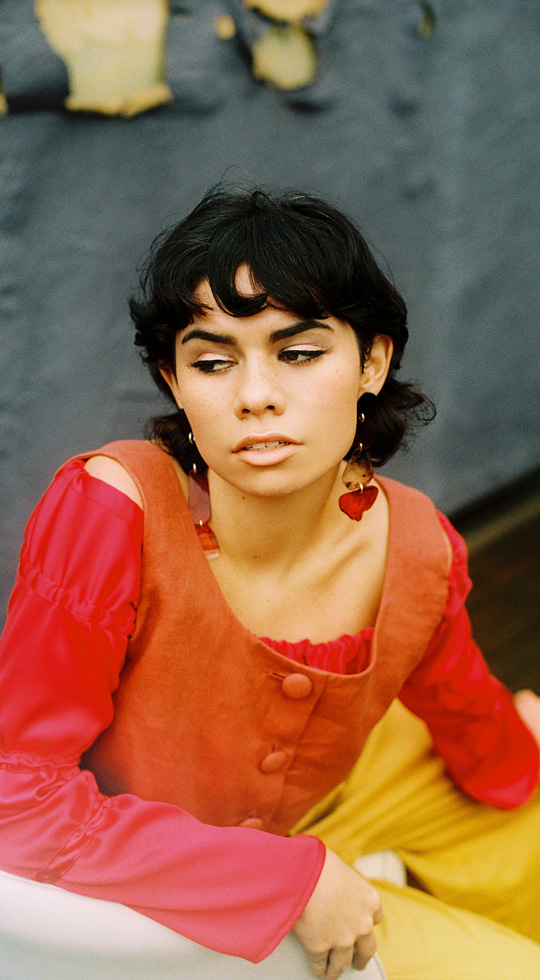 SM: I can only imagine how difficult that would have been. So, what are the reasons we should change the date, or completely abolish Australia Day?
AB: I believe in changing the date. Being Youth Prime Minister I very much work in the system now, and abolishing the day is practically going to be a lot harder than just changing it, because right now it is about re-establishing trust and power in politics and the country again. Changing the day would certify us as an adult nation and let us move forward. I don’t need to go on a diatribe about why the day is shit — I think we both know why the day is shit— regaining trust in politics is the only way we are ever going to change anything.

I wish I could be radical and say let's just abolish it and storm government house, but I couldn’t / can't do that without mob on my side who like politics and can come together to speak about it again. Despite how fucked over we have been by it in the past and still today.

SM: What are the things the day raises for you?
AB: It’s about survival. I don't get a lot of days to celebrate being Indigenous in this country. I have NAIDOC week but that is very much a week just for mob. To have an ‘Aus’ day that we could all celebrate would be terrific. If anyone loves this country it is the mob and we want to celebrate more than anyone, but January 26 doesn’t include us in any way and especially when that is followed up by a lack of representation in the media, it means we are given our little day or our week. Which seems a little counter-intuitive to me, unless it is followed up by non-Indigenous involvement ongoing. We should be all together celebrating one thing and not two divided groups that ‘hate’ each other and don't really know a lot about each other and acknowledging the past from both sides. Because, at the end of the day, your history is my history and we are part of the same narrative.

SM: Exactly. So, is there anything you would like to add to be mindful of around this time and on the day?
AB: I think making sure everyone is looking after themselves. For mob, please just look after yourself and surround yourself with mob and like-minded people, and for allies it is knowing your intention and understanding the words that you are saying around the day.

SM: Do you think it is important for allies to make sure they show up to the Invasion Day Rally?
AB: I do, but it is about understanding your place at the rally - is it up the front - marching? Or should you save that space for mob? As long as you are conscious about the day and as long as you have an opinion then I don’t care. It’s people who are indifferent about the day that annoy me more. If you are indifferent about the day - come down - I think it will change your mind!