Sabina McKenna: Hey Steve! Tell me a bit about how you started out in music?
Steven 'Juñor' Ondaatje: When I was in my late teens I started making music. I wasn’t putting it out anywhere then, but I grew up playing in jazz, funk and punk bands. I was always into Hip-Hop music as well, which was totally out of the ordinary where I grew up. I’m originally from South Morang, which is like an hour North of Melbourne and a super white and plain area. When I turned 18 I got into music as a rapper and eventually as a DJ and linked up with a friend Ivan Ooze and toured with him around the country for a few years. We played with everyone from Cypress Hill to Ice Cube to Wu Tang Clan and Azealia Banks—everyone! That’s how it all happened; he started to blow up, and so did I as DJ, which became our entry point to the industry. From there we started networking and meeting other artists. 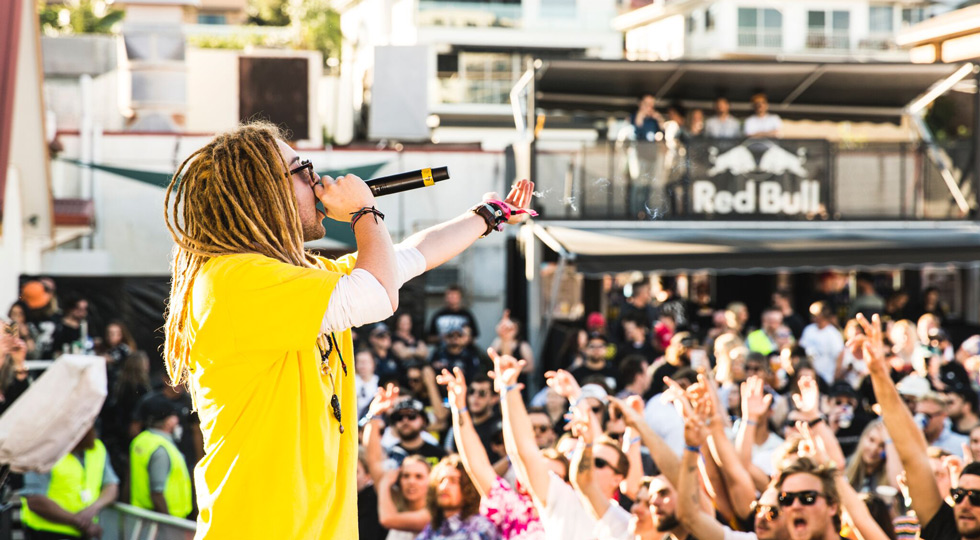 SM: What was the significance of hip-hop culture to you growing up?
SJ: So as I mentioned earlier I grew up in a place called South Morang. I call it the North, North of Melbourne because it is much further than what we call the North. The primary school I went to was demographically the whitest in all of Victoria (laughs), which was an interesting environment to be growing up as a mixed-race kid. My entire dad’s side is Sri Lankan, and moved here during the civil war. My mother's family moved out here at a similar time and they are all from Italy.

Growing up out there with olive skin—I’m super light skinned—but with a weird last name and a complexion that was a little bit darker than the rest of the white kids at school. I was targeted as a person of colour, and I had to live through quite a racist primary school experience. Through that I became drawn to Hip-Hop as a way of trying find a place in the world where I could be accepted for who I am. I actually kind of reclaimed that bullying through the raps I was writing for myself and eventually found my space and gained a lot.

SM: Amazing—it’s so powerful when the adversity we experience becomes the catalyst for finding our passion. How did you experience cultural identity and your overall perception of self back then? Was it different to how you were perceived by others?
SJ: Yeah definitely, the name calling started from a pretty young age, probably about Grade Four, so a super early age to be discovering all of stuff about yourself. A lot of my own discovering of my background and cultural identity, happened forcefully because of the way I was being treated at school. I was forced to a point of self-discovery. I was asking my parents a lot of questions about what it all meant. The internet was around then as well so I was able to find a lot of information there—it was an ongoing journey. I’m in my mid-twenties now and still discovering a lot.

I wasn’t born in Sri Lanka or Italy and haven't yet had the chance to be taken to either of those countries, so I also feel like there is a lot of discovery left to come. There is a very strong family history back in those countries too; a lot of important figures that are a part of my heritage. One thing I have to say is, that over here I was never treated badly because of my Italian side—being recognised as Sri Lankan made it really hard for me to be seen as equal. If you are from a South Asian country in Australia you get pigeonholed a lot and put into the ‘all the Indians box’. That was all very new to me as a kid, so I started seeking answers about our culture in that way.

"The primary school I went to was demographically the whitest in all of Victoria (laughs), which was an interesting environment to be growing up as a mixed-race kid."

SM: So in your words what is AUD'$ and why did you start it?
SJ: AUD’$ is the Hip-Hop connect for Australia, but I tend to call it the first global Hip-Hop connect from Australia. I started it because I wasn’t happy with the global perception of Hip-Hop culture in Australia. On a grass-roots level it is something so beautiful and diverse and so multicultural—it is a melting pot of culture and sound and talent, that was not what was being portrayed in the media at the time.

The culture was very caricature and very ‘BBQ-Australian’. That was the global understanding of the industry, but not what the actual culture was on the streets here. So I was like: we need to show them what is actually going on around here... because they will like it, and they will co-sign it because it is real and organic, and not what the media is showing at all. So I set out to change that, to make out local street culture become an expansive and a global one. 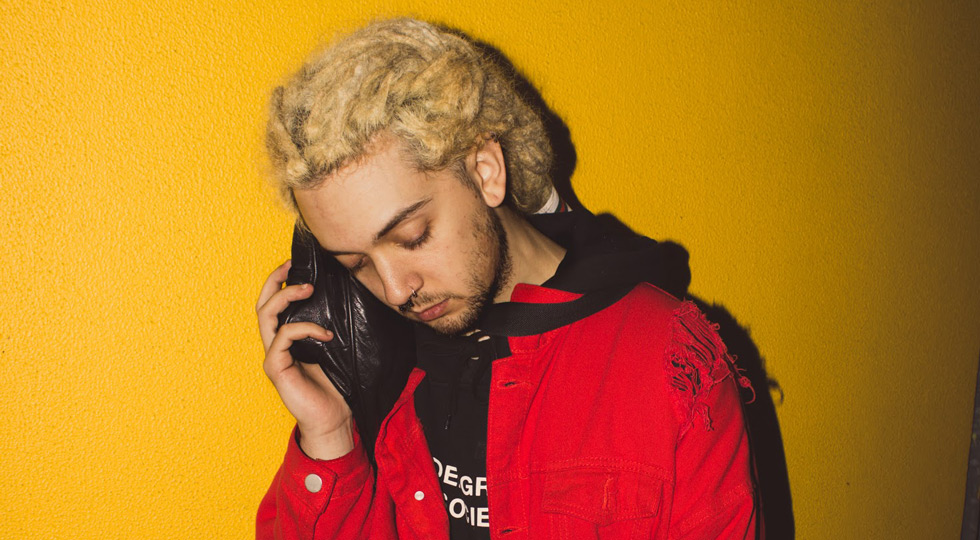 SM: Great motivations to have. So who have become your community?
SJ: The new generation are our community; anyone who is globally minded really. I feel like the generational gap at the moment means that there are a lot of kids who were born with the internet, or we say born on the internet, so a lot of their knowledge and global influences is very different to the generation before us.

Our generation don’t really see the globe with borders, we live in this big melting pot of culture, where our influences are from everywhere. Australia is such a multicultural society, there are no borders, no barriers at all in the minds of our generation. I guess our listener base began because of that kind of new generation mindset. Hip-Hop minded people; Hip-Hop lovers. I hate using this word, but in Australia you kind of have to use it—'urban' music and culture—I guess that is totally our market.

SM: One of the running criticisms of the music industry—and Hip-Hop especially surrounds misogyny and the exclusion of women—but AUD'$ is run by a majority female team; can you tell me about your intention there?
SJ: TBH it wasn't intentional it was just the right people with the right motivations that came along at the time. Most of the staff are female yeah, my editor is female, my Social Media Manager is female, one of the video contributors is female—it is literally just me and the camera guy that are male on the team. Everyone already operates on a super equal basis.

It is kind of weird to say—I'm not trying to put us on a pedestal—but everyone has been recruited through our network and it is all very pure. The thought of it isn't really very attainable in this world right now, but we don't really see each other and see gender or colour, it is just a natural thing that happened. It is something that we consider daily.

When AUD'$ was in its first or second season on radio, we were planning out an episode on International Women's Day, so it was just a natural thing to plan an all female show on that day—not anything kind of ground breaking, but something that we think is really important. We see the imbalance and the inequality, I think if everyone did more in that way it we would be in a much nicer place hey.