"The Australian Government has known about the West Papuan struggle from the very beginning."

Tell me a bit about The Black Sistaz and what you do?
It started with my dad being a member of the Black Brothers band. Ours was the first West Papuan refugee family to arrive in Australia in 1988, and were on the run from the Indonesian Government for four years before we were born. In 1979 They fled West Papua to Papua New Guinea, then seeked asylum in the Netherlands where Rosa and I were born.

How did you get to the Netherlands? Andy Ayamiseba, creator of the Black Brothers and supporters of the Free West Papua movement, organised support for our escape from PNG to Netherlands. West Papua was a Dutch colony and they were aware of the illegal invasion by Indonesia into West Papua, so it was all set up that we were going to seek asylum there.

When did you come to Australia? Before that we were living in Vanuatu. In the early 80s Vanuatu became its own nation and they had a big election and they asked the Black Brothers to campaign for them and their party won. Because of that we could settle there, but then more political stuff happened and our father was jailed and we sought refuge in Australia in 1988.

So that was in the 80s – tell us a bit about how Black Sistaz came about? As siblings, we have been singing together our entire lives. We all decided to come together and sing as group at different times. We would do a few shows together, but were still pursuing other passions so it wasn’t until 2016 that we decided to form a group officially.

What’s the intention with your music and how is that connected to your ancestry, your culture and your family’s legacy? We want to pay our respects for what [our ancestors] did for us. The Indonesian Government is trying to stop us from practicing our culture because they are threatened and trying to silence us. Not having that connection to land means it’s the only way to keep our culture alive. 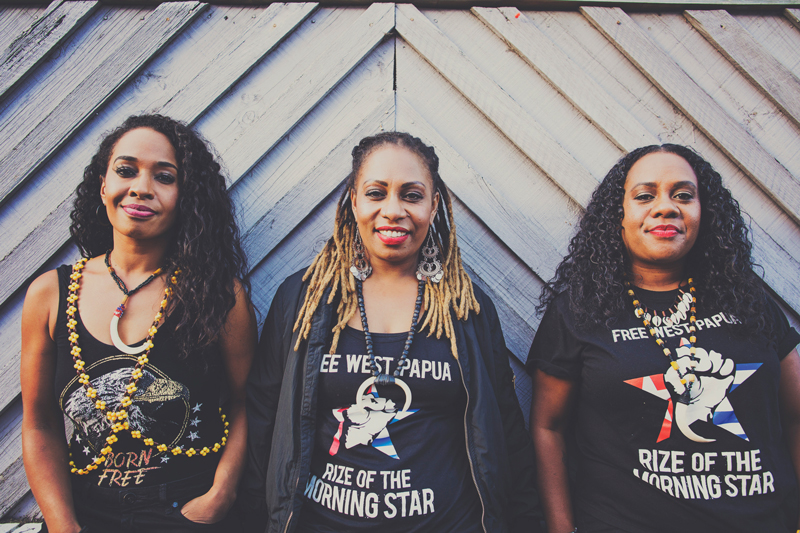 "The ignorant world still thinks that we are Indonesian. We are South Pacific Islanders and there is nothing similar about us ethnically, culturally and geographically."

Australia has very strong ties to Indonesia for trading, so for that reason a lot of those voices aren’t being heard. Can you tell us what exactly is happening in West Papua? [West Papua has been under Indonesian occupation by force since the 60s]. The people there live in fear daily because they are outnumbered by the Indonesian military and huge amounts of genocide have occurred. The Australian Government has known about the West Papuan struggle from the very beginning.

What is your intention for your music? We want to let the world know what is happening and to one day be able to effect enough change to bring our kids home without fear. We want to raise our flags and not be jailed. When we perform we sing with our flag and we do it with pride, because we understand how many lives have been lost for that flag.

So the intention of your music is to liberate West Papua? We need to be the voice because they can’t speak. We know that there are a lot of people that support us and listen to our music, but have to do it discreetly. Indigenous West Papuans need to vote, a safe referendum has to take place, so we can be in charge of our own destiny ad have the right to determine our own future.

Have there been any threats to your family’s lives or to you for doing what you do? There have been. We get a lot of hate on social media from Indonesians who call us separatists and believe that we are speaking hate. Especially around our national day on the 1st of December. Indonesians are ignorant to our struggle because of the lies that they have been fed by their government­ – we don’t hate the people, we are against their corrupt government.

How can people be allies to your cause? What can they do to help you create change, fulfill
your legacy and take action? Talk about it. The ignorant world still thinks that we are Indonesian. We are South Pacific Islanders and there is nothing similar about us ethnically, culturally and geographically. The more that we get out there, talk to each other and build relationships and once people hear that we have a personal message they will hopefully be touched and want to help. We are faith filled and we believe that we are going be free.

So how can we connect to you? Facebook and Instagram are the best way to keep up with shows, events and news. We also recommend that you follow the Free West Papua Campaign.

This interview was originally published in BE. #4 Disrupt, in April 2019.

The last month has seen the largest mass demonstrations across West Papua in nearly 20 years and as they risk their lives to raise their national flag and call for a referendum, the West Papuan people are sending a very clear message to the Indonesian government; enough is enough.

The inspiring West Papua Uprising began on August 18th, calling for justice after West Papuan students in Surabaya were racially abused, called “monkeys” and tortured by Indonesian forces. Since then, it has become a huge movement with protests everywhere across the country, demanding that West Papua’s fundamental right to self-determination be respected through a referendum as the only solution for peace in West Papua. 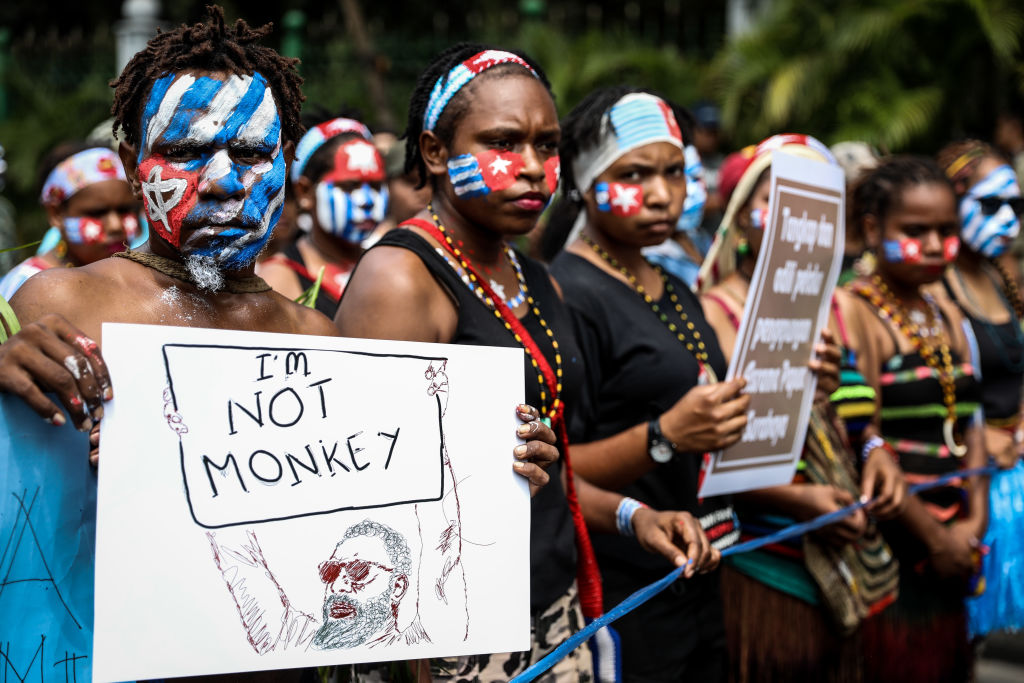 The Indonesian government were quick to crackdown on this peaceful movement and immediately blocked the internet and cut phone lines and then started arresting, shooting and killing West Papuan people, including in Deiyai where at least 6 West Papuan people were massacred by the Indonesian Security Forces on 28th August.