This is not business as usual

I’m not the wisest, most worldly person, but this I know: it’s rare when one of life’s defining episodes can be condensed into minutes – when you’re able to pinpoint the exact moment the fork in the road appeared, and your life changed course. For me, this moment came on a Monday night in February. I remember looking up from the screen I’d been reading from, and realising that my heart was racing, my mouth felt dry and a rash had crept down my neck, across my chest and all the way down one arm. I guess a sudden profound shift in perspective is bound to produce a few physical symptoms.

The cause? Well, back in February I read an article that laid-bare the horrifying truth of the climate crisis. Since then I’ve read many more – I can tell you this is real, and without an unprecedented overhaul, we’re on course to reach a tipping point where climate feedback loops mean that preserving a safe climate is beyond our control. We’re on course to reach that tipping point much sooner than you might think. How soon? 2030. Yes, we have a little over 10 years left to turn things around. And that’s an optimistic estimate. If you think this sounds like hyperbole, you are not in possession of the facts. There is scientific consensus on this.
So clearly, it’s not exaggeration to call this an emergency. The scale and speed of response required to avert catastrophe is greater than the emergency mobilisation efforts in WW2.

Read: this isn’t a level of change we can create by focussing solely on our individual responsibility and consumer choices. That seems obvious to me. After all, 71% of the world’s carbon emissions are created by just 100 companies (which implicates the governments policing them too). And yet, through conversations I’ve been having lately what I’ve found most astonishing is that many clever people seem to think individual responsibility is where the necessary change begins and ends: with keep cups, recycling, composting, eschewing fast fashion, installing solar panels, buying an electric car, choosing to work for sustainable/environmentally responsible employers, etcetera.

Now, it must be said: those are important and worthwhile efforts undertaken by good people. These are probably people who have been quietly and conscientiously committed to these acts of environmental responsibility for years, and we would do well to emulate their efforts. We all need to think about how our choices impact the big picture. That said, where this focus on personal responsibility obscures a focus on more collective action – which is really where the game-changing happens – it becomes problematic. 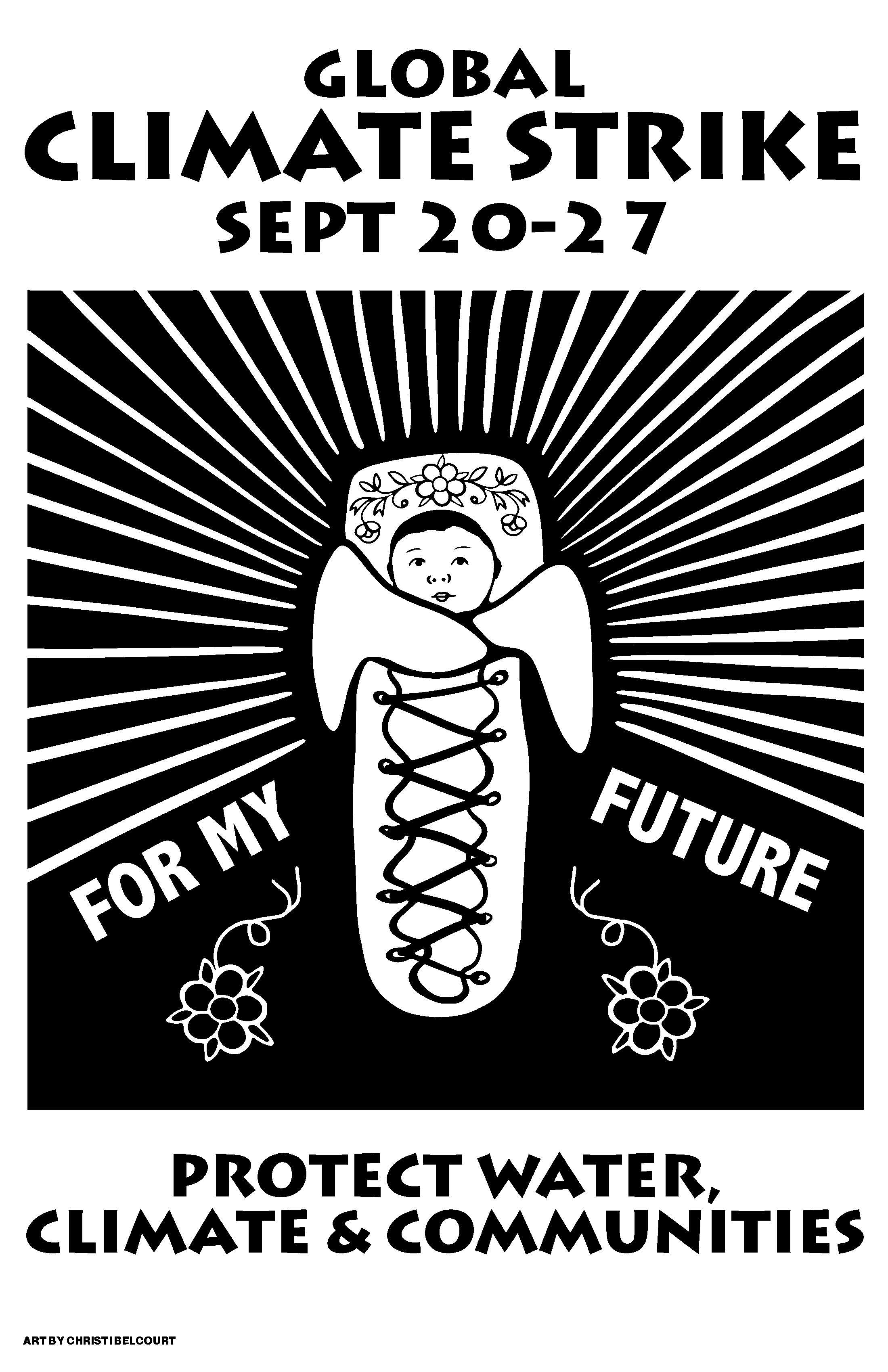 On top of that, all this focus on personal responsibility invites judgement – and where there’s judgement of virtue (or a perception of judgement), there’s a major obstacle for engagement in the broader issue. Because if people feel like they’ll be accused of hypocrisy, why would they open themselves up to that by attending a rally, joining a local environmental group, or talking to others about their concern for their children’s future? Instead, we need to acknowledge that to just ‘have a go’ (to borrow our PM’s phrasing) within our current system, hypocrisy is inevitable. Example: although I’ve decided in my personal life I’m not going to take anymore flights because I can’t justify the Co2 emissions, I’m still flying to Tasmania next month for work – because put simply, I need a job to pay my bills, as we all do.

To my mind, this flaw in popular thinking is pretty easily explained: over recent decades our society has developed in ways that prime us for thinking competitively, rather than collectively; as consumers rather than citizens.

It’s understandable then that many of us find the call to collective action bewildering – because it’s just not something we have much practice at. In light of that, I’d like to make a suggestion.

On Friday, September 20 – three days before the UN’s Climate Action Summit – Greta Thunberg and leading youth strikers are asking ordinary people to join them and take the day to march on the streets. This day is being touted as a turning point in history. All across the globe, people are urged to join the fight for our survival. I'm asking everyone reading this to consider making a contribution towards that turning point.

"we need to mobilise everyone"

Again, it must be acknowledged that not everyone is in a position to take a day off work. That’s OK. Still, I’m writing this to urge everyone to reflect on the unique ways they might be able to contribute to this campaign regardless. Like I said, we need to mobilise everyone. Maybe you’ll take a day to plant trees in solidarity with the protesters. Maybe you have skills in marketing and graphic design, and you’ll make posters or memes or other comms materials to let others know about the strike. Maybe you’ll get together with your neighbours or family who will be attending, and help them paint signs. Maybe you’ll donate money to the Climate Emergency Movement. Or maybe you'll just make an effort to ask people if they've heard about the September 20 Global Strike, and if not, talk to them about it. It all counts.

Lastly, if you’ve felt moved by what I’ve written here, I’d like to set you a challenge: at some point in the next week, have a conversation about the climate crisis with one person who you haven’t previously spoken to about it. This is one of the most powerful things any of us can do, and it doesn’t take any extra time or money.

In the words of psychologist Robert Cialdini: “Very often an emergency is not obviously an emergency…in times of such uncertainty, the natural tendency is to look around at the actions of others for clues. We can learn, from the way the other witnesses are reacting, whether the event is or is not an emergency. What is easy to forget, though, is that everybody else observing the event is likely to be looking for social evidence, too.”
In short, we need to admit this is an emergency and act like it. If we don’t do that, we really have no chance of turning things around in time. As James Baldwin wrote, “Not everything that is faced can be changed, but nothing can be changed until it is faced.”

Melanie is a member of XR and wrote this piece for her work newsletter, to call on her employers and colleagues to recognise this is #notbusinessasusual, here's what you can do

Find Climate Strikes in your area

Pledge for This is not Business as Usual